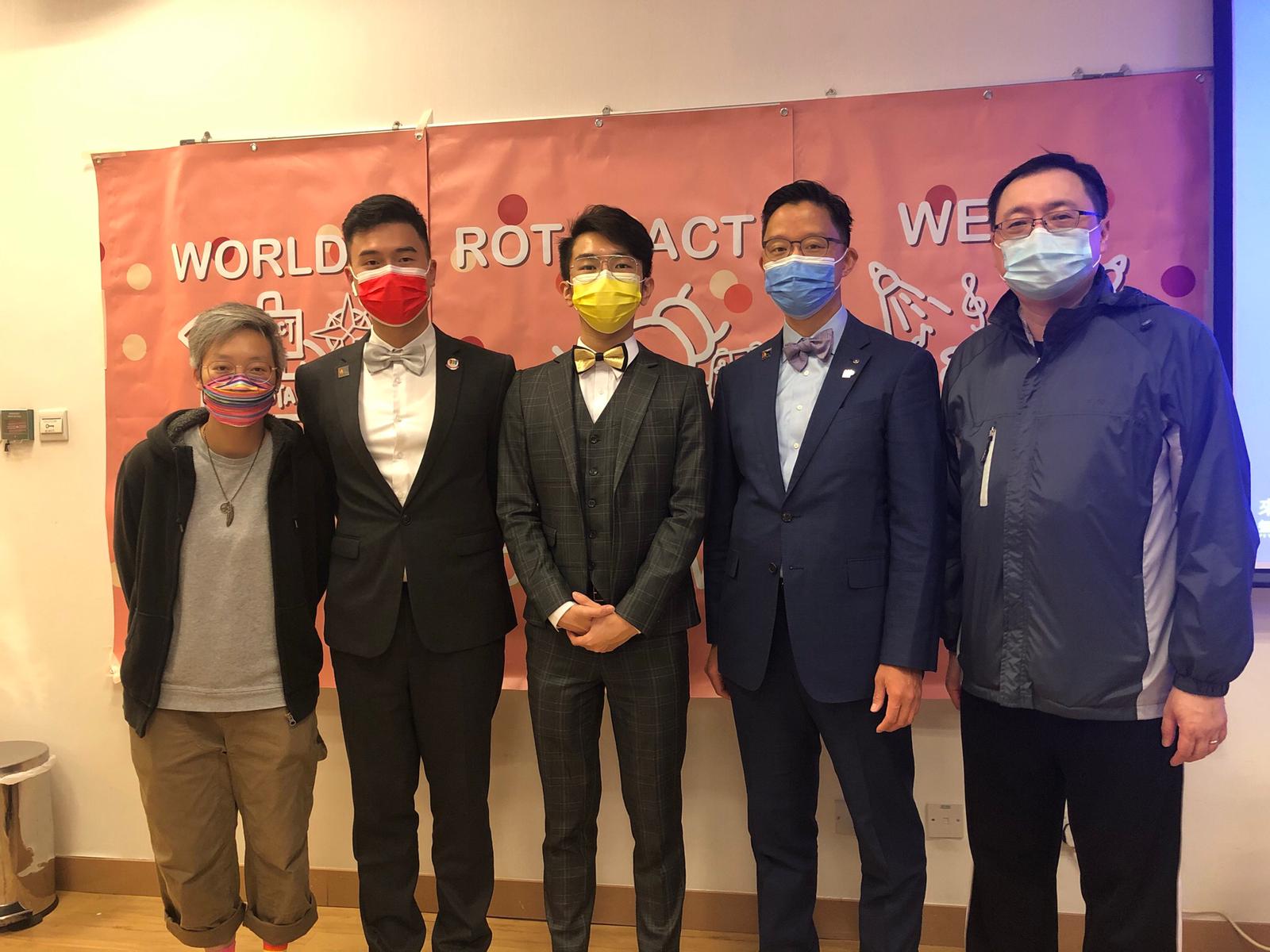 Forging Ahead: Rotaract Continues to Grow and Prepares the Next Generation of Leaders

It is more important to pave the way for our young volunteers to service the community and to learn to be a leader. Rotaract district has continued on their various projects including World Rotaract Week, District Service Project and District Leadership Training Meeting to discover Rotaract and themselves through small steps, and will continue to innovate to the next level. Approaching the end of 2020-21 Rotary year, Rotary and Rotaract also came together to celebrate with our first-ever Rotary X Rotaract Online Music Concert – The Firsts our Ours.

World Rotaract Week (WRW) 2020-2021 has finally come to an end with all the events successfully held to celebrate the birthday of Rotaract. Having over 300 Rotaractors involved, WRW this year came as a series of events with ROTAHUNT, ROTAGAME and ROTALENT.

First it comes ROTAHUNT, a treasure hunt in Hong Kong where tasks were given online and completed without any safety concern. Rotaractors turned into Rotahunters to look for clues of the unsolved mystery of missing DRR Alan by means of visiting different hidden gems in the city. Divided into 4 universes with over 100 Rotahunters joining from different clubs, participants completed 30 tasks all over Hong Kong within a week!

Next it comes ROTAGAME, a game tournament where both Rotaractors and non-Rotaractors participated together to fight for glory. <Mario & Sonic at 2020 Tokyo Olympic> championship  and <League of Legends> championship were organized for participants to compete. Participants gave their very best for the title with cheers and boosts from their fellow club members!

Lastly, it comes ROTALENT, just like other Got Talent shows, a show that assembled many talents from different Rotaract clubs. The show provided a perfect stage for them to showcase their talent especially during the pandemic with only a few chances to perform. Rotaractors made great efforts to showcase their talents, passion and creativity!

The success of the event came amid the generosity of donors, hard work of the organizing committee and helpers for making WRW achievable. Without their support it would be difficult to connect so many Rotaractors during this period of time.

WRW 2020-2021 reminds us to be passionate and active despite any difficulties, stay true to what we love. And most importantly, Rotaract is always here, Rotaractors are always near.

Serving The Community In The Midst Of The Pandemic

Themed ‘The Visually Impaired Can Also SEE’, District Service Project (DSP) 2020-2021 aimed to beat the stereotypes and promote the message of “walking with the visually impaired (VI) as a companion”.

Stage 3 “Sight Without Boundaries” and Stage 4 “Together We Share Our View” were successfully held in March and April. Without the unwavering support from partnering organizations, volunteers and all of you, this would not have been possible.

3 different service programs were organized in Stage 3, at which Rotaract volunteers and the VI, who shared the same interests, joined hands to work on the programs.

The 1st program is 點三步 “Three Joining Points”. Partnering with the Hong Kong Blind Sports Federation, an online guide-running workshop and three physical training sessions at Sham Shui Po Sports Ground were held, allowing Rotaract volunteers to better understand how to be a guide runner and pair up with the VI to practise guide running for Rotary Hong Kong Ultramarathon 2021. 15 pairs of the VI with their guide runners and over 30 Rotaract volunteers had ultimately joined Ultramarathon and finished the race by meeting a record of 466km, which is far beyond our target of 300km!

At the same time, the cooking program 你講我焗 “Bake anything you want” had gone smoothly. Rotaract volunteers, together with four elderly participants from Ma On Shan Neighborhood Elderly Center of Neighbourhood Counselling Association, were blindfolded to make mochi cheese balls  with six VI participants under our VI instructor’s guide. During the sharing session, Rotaract and the elderly participants said they had learned more about the VI’s daily lives, and were impressed by their ability to cook and handle chores as ordinary people do!

Meanwhile, the Rotaract volunteers also organized a song recording programme「耆」跡錄音室 “Life Stories Recording” that comprised of three parts. Firstly, there was an introduction session for Rotaract volunteers to familiarize with the background of the VI interviewees and exchange ideas on communications and interview skills. With the assistance of two VI volunteers, a zoom interview session was then organized for Rotaract volunteers to record the amazing life stories of six elderly VI – four in Hong Kong and two from overseas. Based on the stories recorded, Rotaract volunteers wrote a song called 《瞳﹒行》, which was recorded later jointly by them and the VI. This serves as an excellent end for Stage 3 of DSP. The VI were particularly impressed by the beautifully written song as the lyrics resonate with their tough times!

Moving on to Stage 4, the sharing session and public showcasing was successfully held on April 18 at the Jao Tsung-I Academy. VI and Rotaract volunteers who have joined our previous stages were invited to share their feelings and experience. On top of it, the music video of this year DSP’s theme song — 《瞳﹒行》was debuted and the volunteers who created the piece were invited to perform it on stage. Besides, there were booths and interactive games for the participants and the public to learn more about the VI’s daily life and tips to get along with them. There was also a sharing session from blind runner Gary, and his guide runner Jacky on their running journeys. Merrick from Cedar Workshop also shared how they provided job opportunities to the VI and promoted disability inclusion.

Rotary X Rotaract Online Music Concert – The Firsts of Ours

In April, several Rotary leaders and Rotaractors took part in the very first Rotary & Rotaract online music show in District 3450. As suggested by the theme “The Firsts of Ours”, performers were invited to share a story in life that they think is a significant moment of some first experience of any kind. That could be your first time in love, your first defeat at work, and your first loss of the important ones. That could also be about your first courage to leave your comfort zone and pursue what you want, your first time of prioritizing others over your own life, and your first growth upon which you feel different in yourself. It was about many of the very own moments that make one change and grow.

As requested by the audience, 5 of the current Presidents and President-elects went on stage for the final encore and jointly performed the song “你是你本身的傳奇” (You are the legend for yourself). They, on the stage, sang for their stories, to tell people out there of different backgrounds, races, ages, that the world may seem as displeasing as our lives can sometimes be, yet it is the ruin in life, and the struggle against the very fear we pretty much trap ourselves in, that make us carry on. Despite their young age, they have an aspiration for what they are looking for in the world they are going to experience ahead.

As a continued session of First Step To Rotaract, District Leadership Training Meeting (DLTM) focuses on building new Rotaractors’ identity as a leader and to look into the question: what type of a leader they are going to be.

In the format of a physical 2-day camp this year, DLTM is a good chance for Rotarcators to explore, learn, and test their leadership. Hosting the event on 8-9 May 2021 (Sat & Sun), DLTM will get the new volunteers, the leader-trainees ready for their Rotaract journey in RY 2021-2022. Different training sessions are provided like leadership training, team building, Rotaract administration training, and project management training for the incoming presidents, vice-presidents, and the incoming District Rotaract officers etc.

There is also a session of multiple fun games with their club members and other Rotaractors for a relaxing and enjoyable afternoon, as a rare opportunity to have a physical outdoor event under the pandemic. The battle games, such as dodgeball, and also tasks are set to improve the trainees’ organizational skills, insights into different issues, problem-solving ability, and endurance against challenges etc. 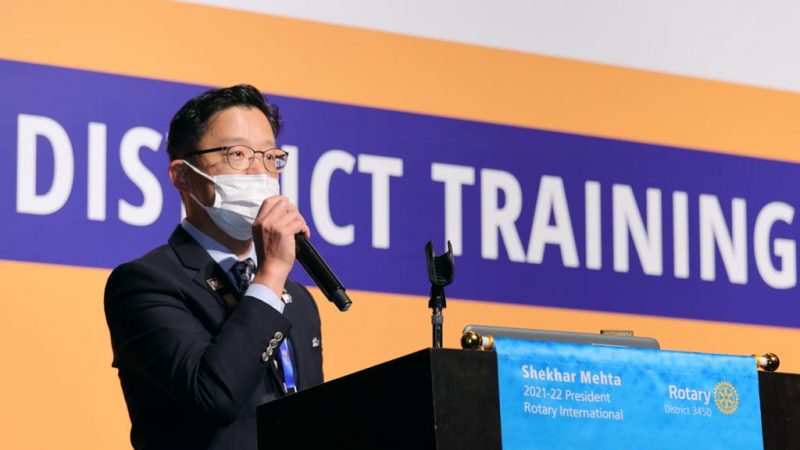 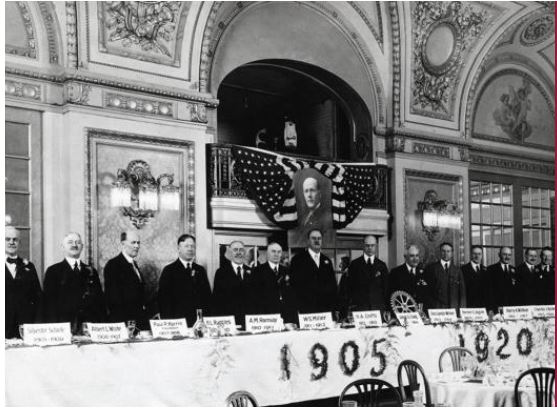 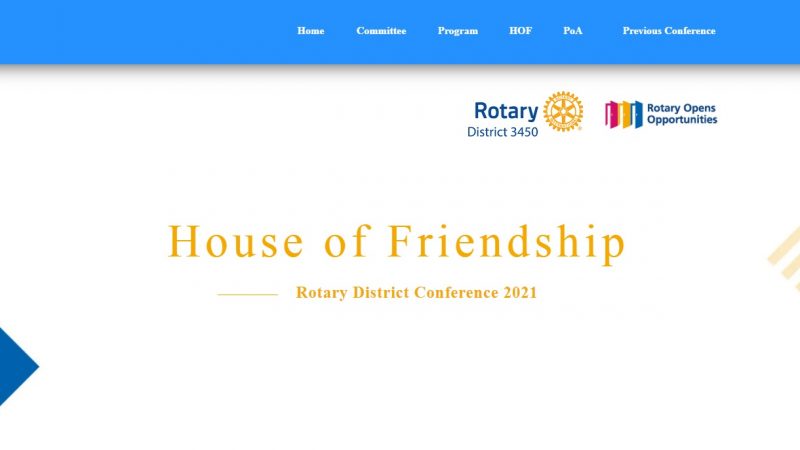